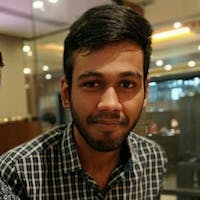 In this article we will be discussing about :

These machine learning algorithms are ones that is trained to predict a output that is dependent on the input data given by the user.

In the beginning, the model has access to both input and output data. The job of the model is to create rules that are going to map the input to the output.

The training of the model continues until the performance is at a required optimal level. After the training, the model is able to assign outputs objects that it didn’t encounter while it was being trained. In the ideal scenario, this process is quite accurate and doesn’t take a lot of time.

There are two types of supervised learning algorithms - classification and regression. In this article we will be looking at regression only

Regression is a type of predictive modelling technique which tells the relationship between a dependent and independent variable.

Logistic and linear regressions are the two most important types of regression out of those 4 that exist in the modern world of machine learning and data science.

Some key points regarding linear regression

Prediction: After you build your model, you can attempt to predict the output based on a given set of inputs / independent variables. 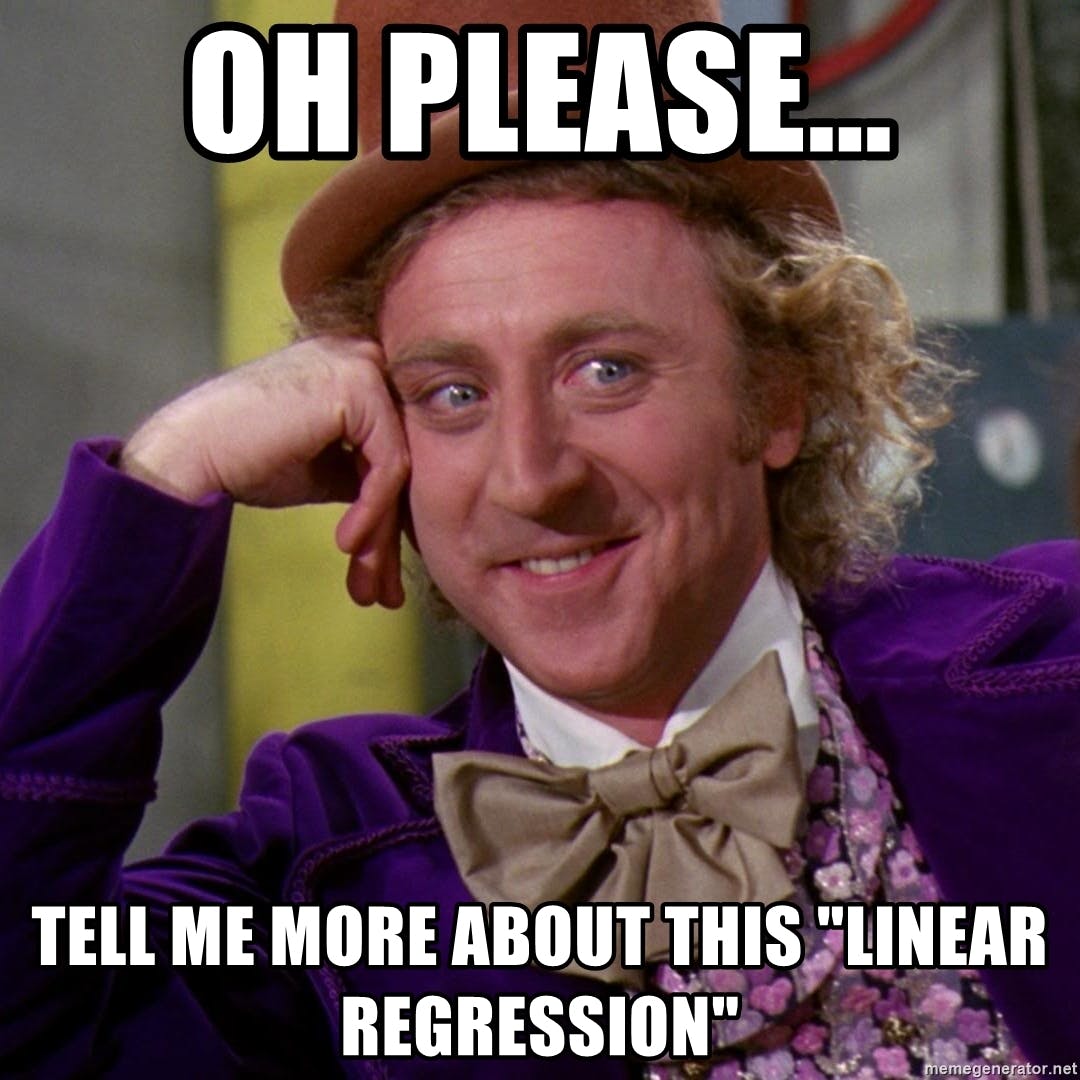 Linear regression is an enticing model because the representation is so simple.

For instance, in a simple regression problem (a single x and a single y), the form of the model would be: Y= β0 + β1x

(Here x is your independent value, Y is dependent variable, β0 is the intercept on y-axis, β1 is the slope of the line) 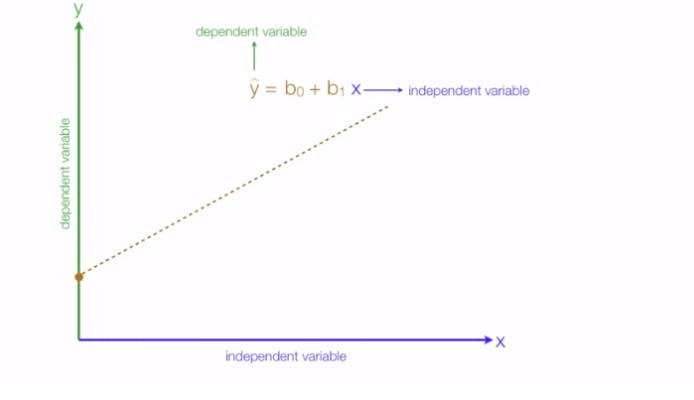 The line is called a hyper-plane or simply a plane. In real world scenarios we often have more than one input (x).

In linear regression we try to draw a plane which best fits our observation so that when a new observation comes we can predict the output from our hyper-plane. 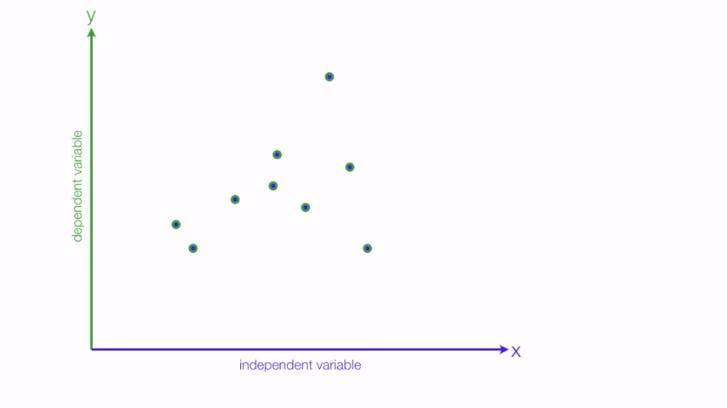 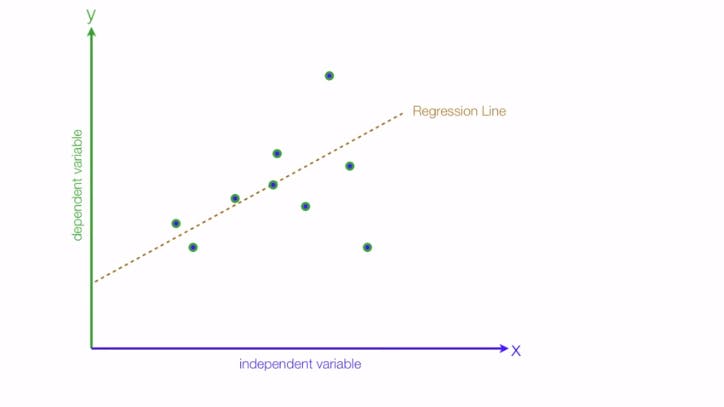 In this case the relationship turns out to be positive i.e the more you study the better grades you get: 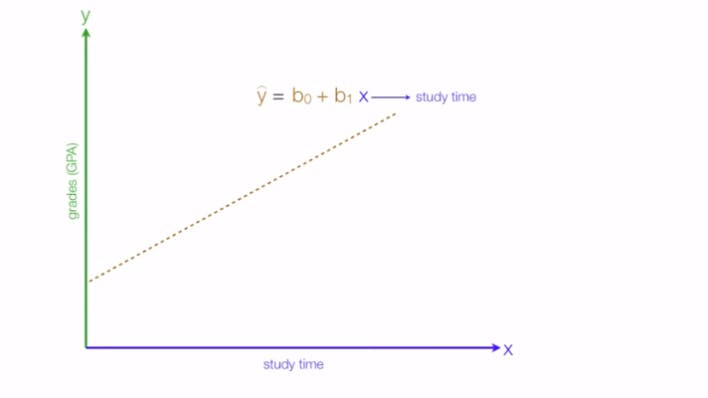 Another kind of relationship which regression tells is a negative relationship, in this case consider the independent variable as time spent on social media & dependent is again the grades we get: 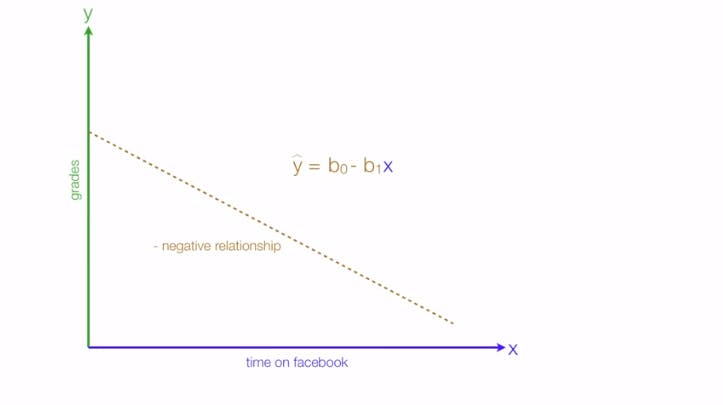 Measuring Performance of our model 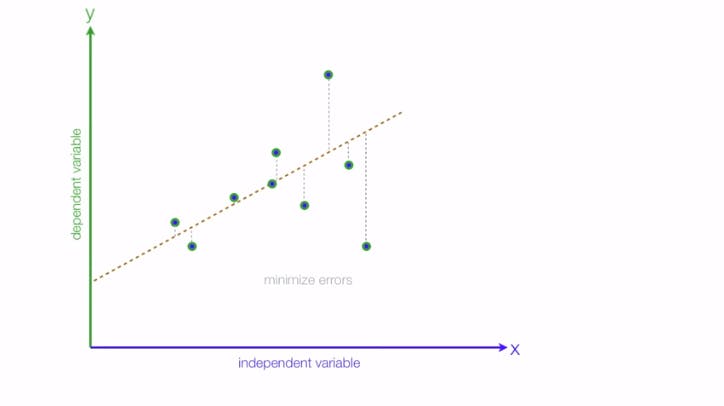 Whenever we draw the curve there are always the points that do not fit under the curve and there is always a slight difference between the actual & predicted value which is known as error. We can evaluate the performance of our model based on that, our aim is to decrease those errors.

The performance of the regression model can be evaluated by using various metrics let's see them one by one.

SSR = Residual sum of squares: It is the measure of the difference between the expected and the actual output. A small RSS indicates a tight fit of the model to the data.

SST = Total sum of squares: It is the sum of errors of the data points from the mean of the response variable.

R2 value ranges from 0 to 1. Higher the R-square value better the model. The value of R2 increases if we add more variables to the model irrespective of the variable contributing to the model or not. This is the disadvantage of using R2.

Overfitting is the opposite case of underfitting, i.e., when the model predicts very well on training data and is not able to predict well on test data or validation data. The main reason for overfitting could be that the model is memorizing the training dataset. Overfitting can be reduced by doing feature selection.

Regression analysis is a widely adopted tool that uses mathematics to sort out variables that can have a direct or indirect impact on the final data.

In Machine learning & data science there are mainly 4 types of regression technique out of which linear regression is one of the most common algorithms used by data scientists to establish linear relationships between the dataset’s variables, and its mathematical model is necessary for predictive analysis.

Interested in reading more such articles from Apoorv Tyagi?

Support the author by donating an amount of your choice. 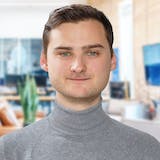